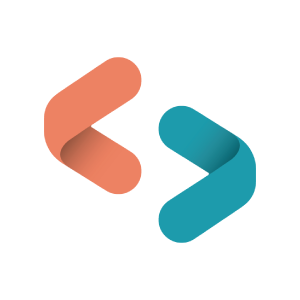 The library at Booz & Company has chosen the Koha open source library management system to replace its existing Unicorn system.  PTFS Europe will be carrying out the initial implementation and providing ongoing support.  The system will be hosted at the PTFS Europe data centre in Maidenhead.
Koha Library Management System
A major development in the library automation market over recent years has been the growth of open source software.  In fact, the fastest growing sector in the library management system marketplace is open source software, of which Koha is one of the pre-eminent solutions.
With Koha, library staff access to the system is completely web-based; acquisitions, circulation, cataloguing, serials and reports can all be done through a web browser.  As well as a sophisticated search engine the OPAC offers a range of Web 2.0 and Library 2.0 facilities such as tagging, commenting and public and private lists.   Koha can integrate with the ArchivalWare digital archiving solution as well as other federated search and link resolution services.
A key part of the migration is the ability of the team at PTFS Europe who will extract the data from Unicorn and then convert and load it into Koha.  In addition, by working with PTFS, Booz & Company get the best of both worlds – the freedom and functionality offered by open source software together with the benefits of getting high quality support from a commercial organisation with an excellent reputation for delivering customer service.
Jenny Robertson, librarian at Booz & Company, said, “Recent technical infrastructure changes at Booz & Company meant we had to re-think the validity of maintaining a Library Management System, where it was hosted, and what features it could offer to match the firm’s intranet strategy. The library was under increasing pressure to cut costs, and Koha supported by PTFS Europe offered the most flexible solution.

Nick Dimant, Managing Director of PTFS Europe commented:  “We are delighted to welcome Booz & Company to our community of users.  Open source software is coming of age right now.  The current economic climate only adds to its attractions by offering a high quality, highly cost effective solution.”
About Booz & Company
Booz & Company is a leading global management consulting firm, helping the world’s top businesses, governments, and other institutions.
About PTFS Europe
PTFS Europe is implementing and supporting the Koha and Evergreen open source library management systems as well as distributing and supporting the software products of PTFS, Inc., the leading provider of digital archiving solutions in North America.  PTFS Europe is able to provide the full range of services needed to implement a library or digital archival solution, ranging from initial help defining the scope of the opportunity through to project management, installation, configuration, data conversion, scanning and digitisation, training and ongoing customer support.

PTFS is key to FDsys, Named As One of the “10 Great Government Web Sites” by Government Computer News