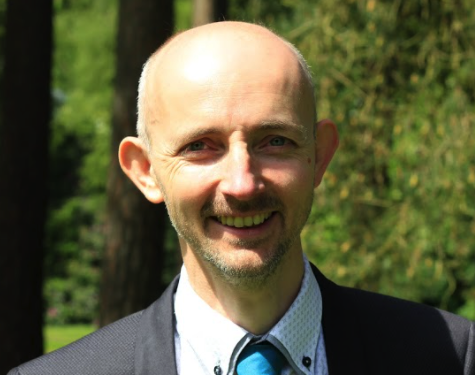 Andrew and I have just returned from Lawrence, Kansas where we were at KohaCon22. Each year KohaCon moves around the globe and we were very fortunate this year that Koha-US were happy to host it. Thanks to them for their hospitality and for the great technical job they did to present to us both in the room and also virtually to the rest of the world.

Although it was a long (and very fraught for Andrew!) journey to Kansas, it reminded me of the power of actually being in person physically rather than virtually. There are so many conversations you can have face to face which you can never achieve remotely.

There were some great talks and workshops across the four days. We are incredibly grateful to our UK customers who put up presentations for the KohaCon22 conference. In particular, David Peacock from the University of Hertfordshire (along with our own Andrew Isherwood), Matthew Hale from the King’s Fund, and Andrew Preater and Tundun Folami from the University of West London.

Some particular highlights for me included Justin Laake (McKinney Public Library System) who spoke about their use of Metabase. Having now supported Metabase for a number of years it’s great to see uptake by library’s globally. Alongside that, Raymond Bryson (Montgomery County Public Libraries) did a presentation on visualisations with Koha data. I guess maybe there is no surprise in this day and age that there is such interest in getting the most out of your data?

I think one thing that isn’t fully understood about our Koha community is the relationship between the vendors around the world. The word “Coopetition” is used frequently in our Koha world and, by this, we mean companies who are (technically) in competition with each other but who cooperate for the greater good of the community in general. Again, this sort of event is invaluable to just chew over things which can’t be so easily discussed over a Zoom call. ByWater Solutions, Biblibre and ourselves participated in a “Funding QA and Joint Development” session. The goal? To keep encouraging libraries and vendors around the world to invest in Koha and to make sure it has a bright future for many years to come. The real “competition” came in the form of an evening game of Jenga!

The Koha-US team had organised a social outing on Wednesday night to watch the Kansas City Royals play the Minnesota Twins at the Kauffman Stadium (Thanks to ByWater Solutions for sponsoring it too!). It was such a fun night and we were grateful to be invited despite the warning “Don’t drink with the Brits!” after the previous night out!! I’m not sure if it was ByWater Solutions or PTFS Europe who were led astray! What is clear though is that the strength of these relationships is the power of Koha and long may it remain!

If you’d like to catch up with any presentations you missed, you can find all the sessions and workshops on the Koha-US web page below:

Looking forward to seeing everyone in Helsinki in summer 2023! 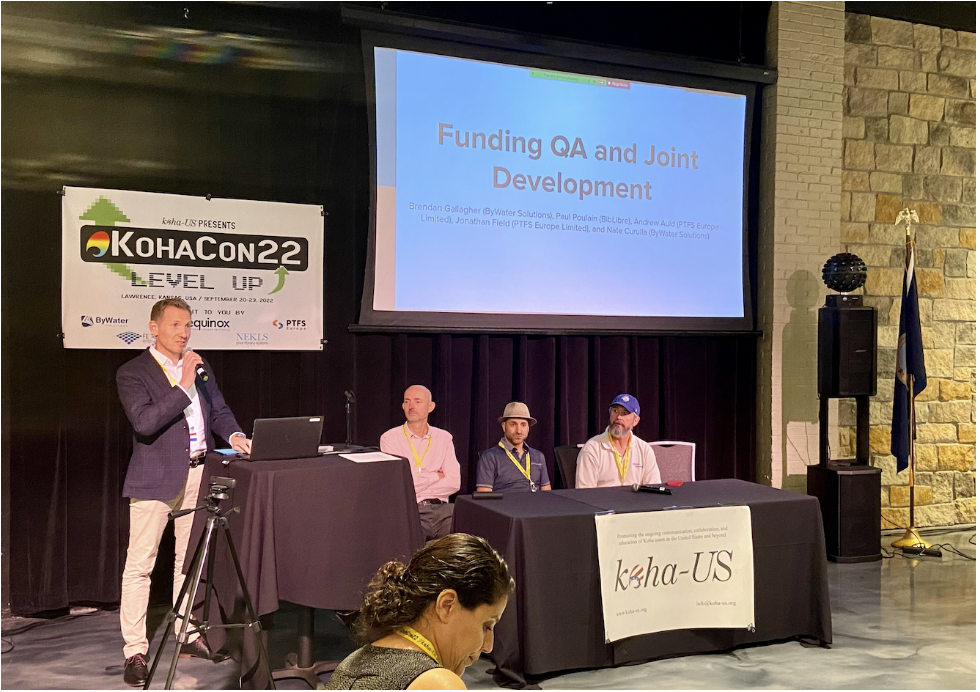